Famous Marine Biologists: The sea has been mostly a terra incognita to scientists until the later part of the 19th century. People were using the resources of the sea without really understanding what was going on in its depth.

The previous, 20th century, has seen many inventors and scientists that helped us see behind the curtain of water and has shown us how vulnerable our oceans actually are. Let us get acquainted with some of them. 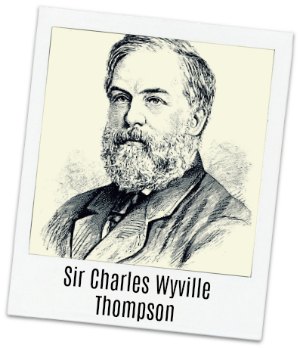 Charles Wyville Thompson was a Scottish naturalist, specializing in Zoology, mainly marine invertebrates. He has participated in several marine expeditions.

His first expeditions took place around the northern coasts of Scotland, and their success has led to launching the famous worldwide expedition on HMS Challenger that he led together with a pioneer oceanographer, Sir John Murray. He is often called the ‘father of modern oceanography and Marine biology‘.

His principal contributions to marine biology were: 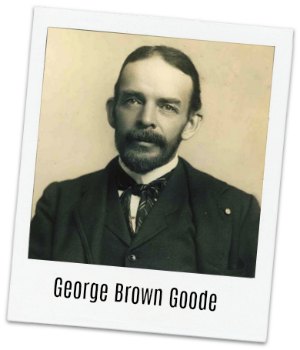 George Goode was a biologist and fisheries specialist. He worked as a US Fish Commissioner from 1887-1888, organizing research and performing various administrative duties. His main contributions to Marine Biology were: 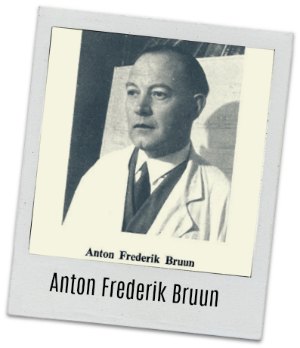 Anton Frederik Bruun was a Danish oceanographer and ichthyologist. He has suffered polio in his youth, but has still persevered and graduated with a Ph.D. in zoology.

He has participated in several research expeditions on the ship “Dana”.

His trips took to many places around the world. He has published papers on the systematic and biology of multiple marine species.

He has also participated in various congresses and committees, and later in life, he was elected as a President of the International Commission for Oceanography.

His contributions to marine biology include: 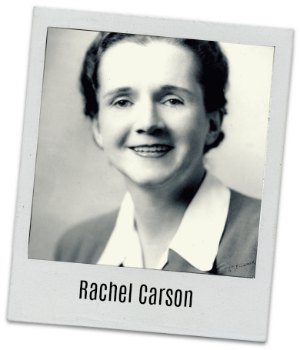 Rachel Carson was an ecologist, an environmental activist, a famous writer, and a marine biologist. She is mostly known as the author of “Silent Spring” – the book that condemns humanity’s destructive influence on the environment.

As a marine scientist, she has worked as a writer and editor for US Fish and Wildlife Service in Washington, DC. She also exposed the damage to the extensive use of pesticides.

Her main contributions to marine biology were in the education of the public: 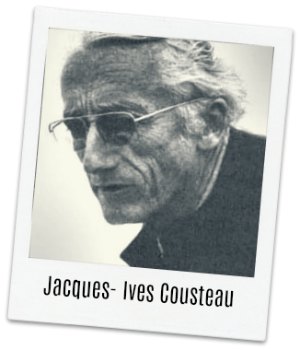 Jacques Ives Cousteau was a famous ocean explorer and inventor. Together with Emile Gagnan, he has developed the first fully automatic Aqua-lung, which has allowed prolonged sea diving, including diving to considerable depths.

Besides the aqua-lung, Cousteau has also participated in the development of many other tools useful for oceanographic research. After WWII, he has participated in underwater research projects and has also started experimenting with underwater filmmaking.

He has traveled around the world on his famous ship “Calypso”, and made several world-famous movies and TV series popularizing marine research. He has also founded the non-profit organization the Cousteau Society, devoted to ocean conservation.

After his death in 1997, his legacy is continued by his son, Jean-Michel Cousteau. Jacques Cousteau’s main contributions to marine biology were: 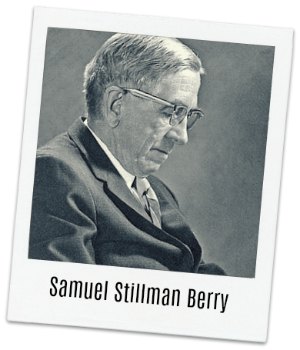 Samuel Berry was a famous ichthyologist specializing in mollusks, especially cephalopods. He has mostly worked as an independent researcher without having any official position.

He has gathered a considerable collection of mollusks and has written many research publications. His contributions to marine biology were: 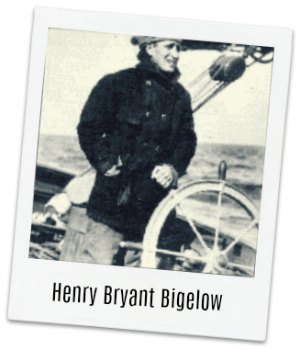 Henry Bryan Bigelow was a renowned marine biologist and ichthyologist. He has participated in several major science research expeditions.

He also worked at Harvard for 62 years. In 1930, Bigelow organized the Woods Hole Oceanographic Institution and became its founding director. He was considered a world expert in coelenterates and elasmobranches.

His main contributions to marine biology were: 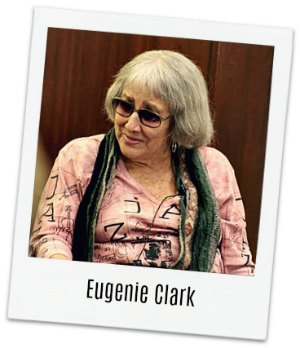 Eugenie Clark was a marine scientist and a shark specialist, sometimes known as a “Shark Lady”.

She has been studying various marine species, but her main research interest was the biology of sharks. Eugenie had dived extensively in the Red Sea at the time when this area was virtually unexplored.

Later, she was also continually giving lectures, dismantling various myths about the sharks. 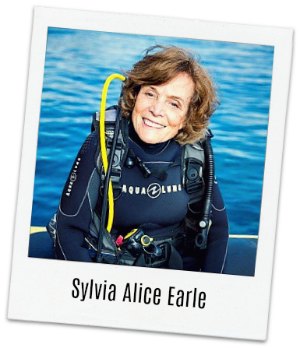 Sylvia Earle is an American marine biologist, algae specialist, and famous science writer. She was one of the first people who have mastered the scuba diving gear, which was a novelty in the 1950s.

Her initial work was dedicated to the algae of the Eastern Gulf of Mexico. Later, Earle was actively participating in the deep-sea research and was one of the first testers of the deep-sea submersibles.

She has also published several books, the latest, ‘The World is Blue‘, was released in 2009. 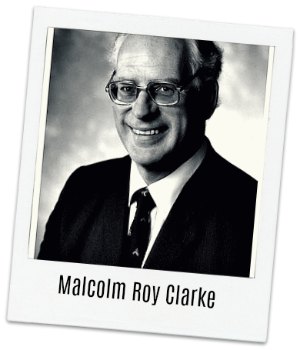 Malcolm Clarke was a British marine zoologist, mainly specializing in studying whales and squids. After graduation, he was working as a whaling inspector in Antarctica.

Then he moved on to join the National Institute of Oceanography, where he began studying oceanic squids. He has also developed an interest in cephalopods – especially sperm whales.

Later in life, he has settled on Pico Island, Azores archipelago. During this period, he has contributed greatly to studying the marine ecosystem of the region, including whale’s behavior and buoyancy.

His main contributions to marine biology are: 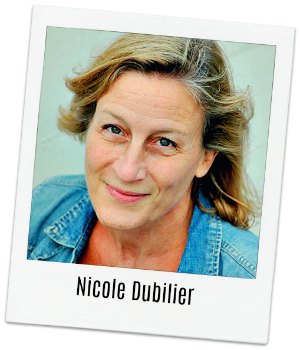 Nicole Dubilier is a marine microbiologist and the director of the Symbiosis department at the Max Planck Institute for Marine Biology, Bremen, Germany.

She has obtained her diploma in Zoology, biochemistry, and microbiology in 1985 and has obtained a Ph.D. in Marine Biology in 1990. Since then, she has devoted her research to the study of symbiotic relationships between bacteria and other organisms.

She is especially interested in the life of the organisms living in low-energy, extreme habitats, such as deep-sea vents. She has made several unique discoveries and received the Leibniz prize for her achievements.

Her main contributions to marine biology at present are: 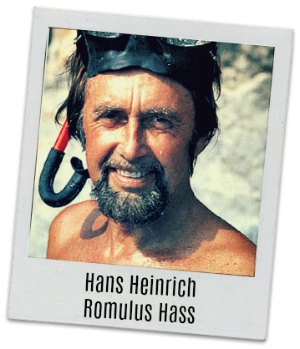 Hans Hass was one of the early undersea researchers and a diving pioneer. Similar to Jacques Cousteau, he was also a filmmaker, and together with his wife, Lotta Hass has made multiple videos featuring underwater life.

During his life, he has considered Cousteau his main rival. He was also an inventor and developed several devices for diving. He has received multiple awards for his work. 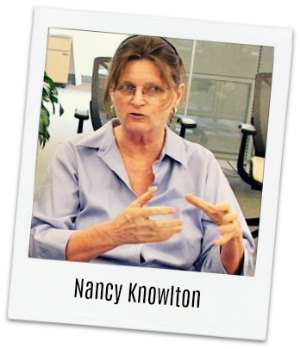 Nancy Knowlton is a professor of marine biology in the Marine Biology Research Division at Scripps Institution of Oceanography, University of California, San Diego.

She is also the Sant Chair for Marine Science at the Smithsonian’s National Museum of Natural History and a scientific leader of the Census of Marine Life. Her main research focus is on the evolution of sea corals and shrimps.

Knowlton has studied the reefs in the Carribean, as well as along the coast of Panama, Jamaica, and Brazil. She is also actively studying marine diversity. 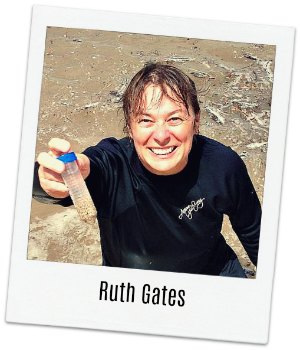 Ruth Gates was a marine biologist, a reef coral specialist, and a conservationist. She has graduated from Newcastle University and received her Ph.D. in marine biology there.

Later, she has worked at the University of California and finally at the Hawai`i Institute of Marine Biology.

She has devoted her studies to the biology of coral reefs, as well as methods to prevent coral bleaching. 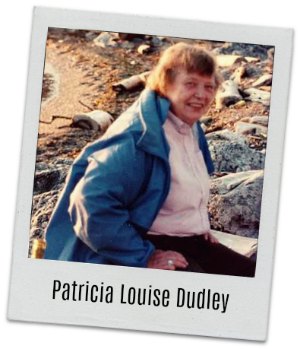 Patricia Dudley was a zoologist who has devoted her research to a unique group of crustaceans – copepods.

She was especially interested in copepods that co-existed with ascidians but later have become interested in their relationships with other organisms, such as polychaete worms.

She has taught zoology at the University of Columbia for many years. Her main contributions to marine biology are:

As you can see, there are many different people in this list, from specialists devoting their lives to virtually unknown organisms, to people who devoted their lives to promoting science with the help of all available means.

THE MAIN THING THAT UNITES ALL THESE FAMOUS MARINE BIOLOGISTS IS THEIR LOVE FOR THE SEA AND THE CREATURES THAT LIVE THERE.

What are the Difference Between Coronavirus and SARS