The key Difference Between Black Mold and Mildew is in their appearance. The black mold takes up a fuzzy appearance whereas mildews are flat colony units. Black molds are green or black in color while mildew is gray or white in color.

Molds also known as Stachybotrys, usually show a greenish black growth and found in both indoor and outdoor environments. Black molds take up a fuzzy appearance, and it penetrates through the surface. Mildews are two main types such as Downy mildew and Powdery mildew. They are more flat colonies and can be easily removed from the surface due to its structure.

What is a Black Mold?

Black mold is a type of fungi. Black mold is termed as such due to the greenish black appearance it bears. Molds grow both indoor and outdoor and on foods such as bread.

In indoors, it grows in slightly moist places where there are water leakages or on moist walls. In outdoors, it can grow in plant pots, water lines or near wells. The most common types of molds include species belonging to Cladosporium, Penicillium, Aspergillus, and Alternaria, all of which are spore-forming fungi. The spreading of black molds takes place via spores which are dispersed through the wind.

Immuno-compromised individuals may contact severe allergic responses with relation to asthma and chronic lung diseases. Period of exposure is an important factor which leads to clinical manifestations resulting from black molds.

When building houses and buildings, special care should be taken to balance the moisture content in the indoor environment by installing proper water lines. It is always recommended to use air conditioners to avoid the spread of the black molds. 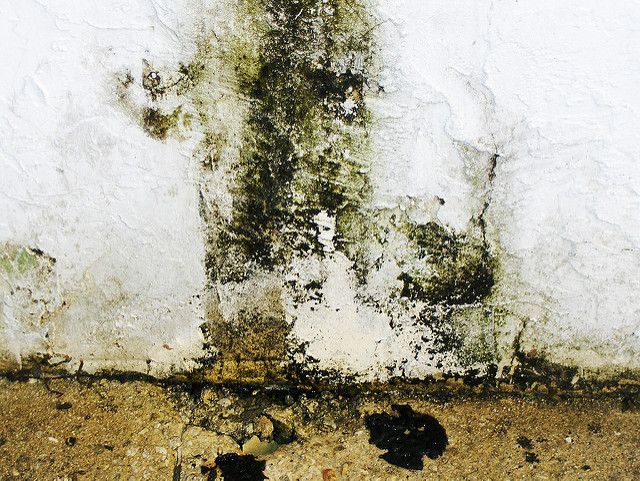 If a person is infected with a black mold, it is advised to test the sample of black mold to identify the species of that particular fungus for proper medication. Testing can be done through simple staining techniques in a laboratory.

Antifungal treatment can be administered. Extreme toxicity levels should be addressed promptly, and the place should be evacuated fast.

What is a Mildew?

Mildew is a type of fungi which is white or grey in color and appears as flat spreads on surfaces of moist areas. They are easy to be removed in comparison to molds. There are two main types of Mildews. They are Powdery mildew and Downy mildew.

Powdery Mildew belongs to the family of Erysiphaceae. They are mostly considered as plant pathogens growing on both sides of leaves and shoots of beans, lettuce, fruit trees, and grasses.

They produce a powdery spore and hence referred to as Powdery mildew. Powdery mildew uses the moisture present on the leaf surfaces for its survival and propagation. They require relatively high humidity, medium levels of sunlight and temperature for its growth.

The other type of mildew which is Downy mildew belongs to the fungal family Peronosporaceae. This type of mildew appears as yellow spots on the top edges of leaves, and they require high moist conditions for its growth.

They affect crops such as strawberries, cabbage, beets, and lettuce. Downy mildew is primarily observed on the underside of the leaves and prefers low temperatures and high moist conditions for growth. 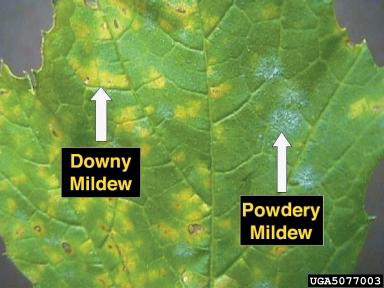 Mildews can be controlled mainly by spraying fungicides on crops, and the infected plant parts should be removed off and cleared from the field as soon as it is detected.

Spreading of spores is the main manner in which the plant disease is spread. Therefore, when planting and constructing the field, elevation and the direction of the wind should be well analyzed.

What are the Similarities Between Black Mold and Mildew?

What is the Difference Between Black Mold and Mildew?

Fungal species can be both beneficial or deleterious. Black molds and mildews are two filamentous, spore-forming fungi which cause many allergic responses and irritations due to its spreading in indoor and outdoor environments. Molds are mildew share several common characteristics.

However, they differ in size, colour and appearance. Black molds, as the name suggest appear in black on walls and other moist places. Mildews, which are of two types; Powdery mildew and downy mildew are primarily involved in causing plant diseases.

It is utmost important to control the spreading of these fungal species to prevent health complications. Suitable fungicides and antifungal reagents or agents can be used for above purpose.

Difference Between Coronavirus and Influenza