In this article we discuss about the 40 Different Types of Birds. Types of Birds: Birds are some of the most successful vertebrate animals on Earth. There are more than 9,000 bird species, and they are spread over the whole planet, from the poles to the equator.

Ornithology is the study of birds, and it comes under branches of zoology. The word ‘Ornithology’ is derived from 16th-century Latin word ornithologia meaning “bird science“.

Due to their ability to fly, birds have managed to occupy unique ecological niches, which helped them survive the demise of their close relatives – dinosaurs.

Let us explore the astounding kinds of birds in the class Aves! 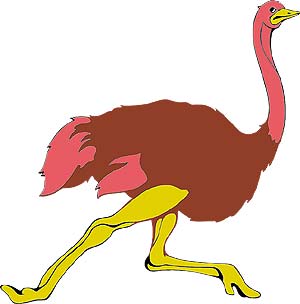 The Class Aves or Birds is just one of the classes of the bigger Kingdom Animalia. The birds share some characteristics with another closely related class – Reptiles, but they also have some features that are unique to these fantastic creatures. Let us go through their main traits.

If we want to define birds strictly, we would say they are warm-blooded, bipedal vertebrate animals, with forelimbs evolved into wings, covered in feathers and with a beak instead of a mouth.

Because of the constant flow of the new data obtained due to the progress with DNA sequencing, the classification of birds and relationships between orders and families is continually changing. The latest classification contains 40 orders of birds instead of 23 bird orders in the previous one.

Birds Native To The USA

Here are the top birds native to America categorized by different states: